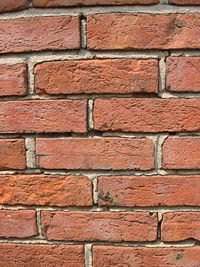 Jordan Davis writes in to ask what prompted my post on Janet Frame. His subject line: "class." I did mention class, didn't I? Answer: well, love for Frame's work, of course - and joy at the publication of Storms Will Tell. Here's another poem of hers, maybe not her very best, but the best one for answering the question - by juxtaposition, my preferred mode:

It had walls like these walls
only shit-stained, and light
like this room only caged and
the door, inside, was without a handle.

And all day I heard the children
calling out of their white waxen mouths
looking out of their tar-black eyes that shone
like dream highways, thruways, freeways
beaten down by journeying silence.

They played with bloodstained toys. Two barked
like dogs. They were dressed in butchers' smocks
and their feet were swollen like castles;
and there was always the child, aged three,
locked in and whispered about because
his head was an oak-leaf and his mouth was absent.

How did he live so long without spitting
at the stone that weighed down on him?
He might easily, so simply, have fallen like rain
upon himself and been washed away
to sleep in earth with armchair spiders and yellow teardrop flowers.

-- Janet Frame, from Storms Will Tell

"Don Share is a poet and polymath extraordinaire and a great gift to the literary scene at large." - Aram Saroyan

About Wishbone (from Black Sparrow): "The most soulful book I've read in a long, long time." - Alice Fulton

"Don Share's work is compressed as a haiku, intent as a tanka, witty as a sonnet, witless as a song, relentless as an expose, patter without pretension...his elegant poetry, exposed as a haiku, expansive as a renga, boisterous as a bridge, happy as Delmore Schwartz with Lou Reed and vice versa, vivacious as the living day, sustained like a whole note, clipped as a grace note, loving various and shrewd as a thingist, soapy as Ponge, delightful as light, dedefining as a new rite, built out of attention, music and sight." - David Shapiro

"Share is a poet worth listening to." - Los Angeles Review of Books

About Squandermania: "Share is one of the more gifted craftsmen we have writing in America today." - Erin Belieu, Boston Review

"Squandermania is a book of associative delight, even when the poems are at their most grave. They combine the obliquity of Mina Loy, the incantatory freshness of Roethke, and even Plath’s devotion to nursery rhyme to leaven the book’s prevailing tones of irony, sorrow, and regret. The poet’s awareness of how daily life refuses to cohere into a consoling pattern is beautifully mirrored by his conviction that language itself signals a fall from grace and unity and emotional wholeness. And yet the poet keeps faith with language by allowing language to drive the poems, even as the poet’s occasions and subject matter are grounded in what Hopkins called 'the in-earnestness of speech.'" - Tom Sleigh
About Union: "Few poets manage such dexterous and fresh music. Few books are as lovely or profound." - Alice Fulton

"Brimming with heart and intelligence... confirmation of Don Share’s stature in American letters. Evidenced by a return to his debut collection, he’s been at the summit from the beginning." - William Wright, Oxford American

"Don Share's earnest, moving first volume, Union, represents the promising next stage in so-called Southern narrative poetry. Share writes clear, well-crafted page-long poems about romance, memory and separation ("our house tocks and ticks/ like an inherited clock whose hour hand sticks"). He may, however, achieve greater recognition for longer work (like "Pax Americana") in which his own stories join those of Memphis, Tennessee and of the Civil War's difficult, lingering guilt: "Where the United States ends/ and begins// The Mississippi is/ a long American wound." - Publishers Weekly

"I delight in the precision of these chiseled poems and in the sizeable, important ambition of Share's imagination." - David Baker

"Union is a tour de force, establishing Share’s credentials as well as his poetic voice." - Los Angeles Review of Books

"... something special. I hadn't known his poetry at all; it is brilliant." - Eric Ormsby

"The poetry of Don Share expresses many tensions between Memphis past and Memphis present, much like the novels and short stories of Peter Taylor." - Wanda Rushing, Memphis and the Paradox of Place: Globalization in the American South

About Miguel Hernandez: "There is a sense of shared elation between reader and translator that confirms the delight of exact sensation when the poems feel transmitted by that cautious and subtle alchemy that is the translator's skill. I have felt this with Don Share's versions of Miguel Hernandez: but this is also because he is a fine poet in his own right, one who surrenders his sensibilities to the task of transference." - Derek Walcott

About Bunting's Persia: Guardian Book of the Year, 2012 and Paris Review staff pick!

"Both the publishing house and the book’s editor Don Share have done an excellent job: a slim and attractive book, a chronological poet-by-poet running order, and a fine introduction by Share, full of details about Bunting’s curious life." - Bookslut

"I read it on Valentine’s Day." - Lorin Stein

"Virtuoso writing by any standard... deserves to be famous." - The Hudson Review

About The Traumatophile: "Trenchant, smart-ass, broken-hearted, hantée, swoony, maudlin, mordant, sinister, gloomy, goofy, eyes open and counting every penny, these are. And inspiring. How many poems can you say that about, anymore?" - The Unreliable Narrator blog