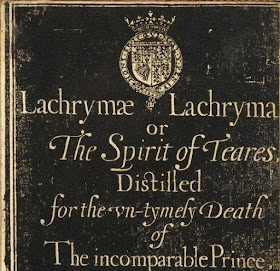 "what other dude you know own a whole color?" - Nate Marshall

As a public service, I offer a compendium, the compilation of which is still in progress, of legit PRINCE-related poetry.

The poetry of Prince's lyrics. - via Slate 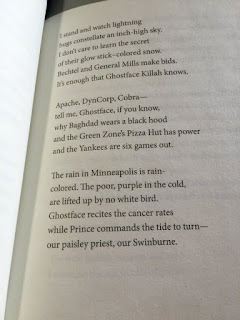 "Poems I wrote for Prince."   - E. Kristin Anderson reads from her chapbook Pray, Pray, Pray: Poems I Wrote to Prince in the Middle of the Night (Porkbelly Press, 2015), a collection of poems penned to, and inspired by, the late Prince.

"When Doves" by R.A. Villanueva - "Consider this, from Carl Phillips' 'The Art of Daring': 'The poem is a form of negotiation with what haunts us ... insofar as what haunts us is, in part, who we are.' To believe that means trusting in echoes and spirits and strange rhymes. And so, I am: secret frescoes and cave churches; the drum loops and distortions of Prince and the Revolution; my mother's devotionals, her defiance." - R.A. Villanueva


"Starfish and Coffee (after the song with the same name, by Prince)" by Aimee Nezhukumatathil


"for prince," by Jonathan Jacob Moore


"Sitting in the Cell Phone Waiting Lot at the San Francisco Airport, Awaiting My Father’s Arrival, I Write a Poem on the Day of Prince’s Death," by Dean Rader

(Note: the image heading this post is from the Folger Shakespeare Library, an image from a book containing Josua Sylvester’s poem Lachrymae Lachrymarum, mourning the death of Prince Henry.  See the full post here.)
Share